Read the Spanish version of this article

The representative from the australian band AC/DC, Chris Dalston, from CAA (Creative Artist Agency) confirmed to Rockenpy.com that rumors about a tour in 2014 that have been published in different South American sites are totally fake. The reply sent through mail was conclusive: “I can assure you this is fake. There is no tour (for AC/DC)” 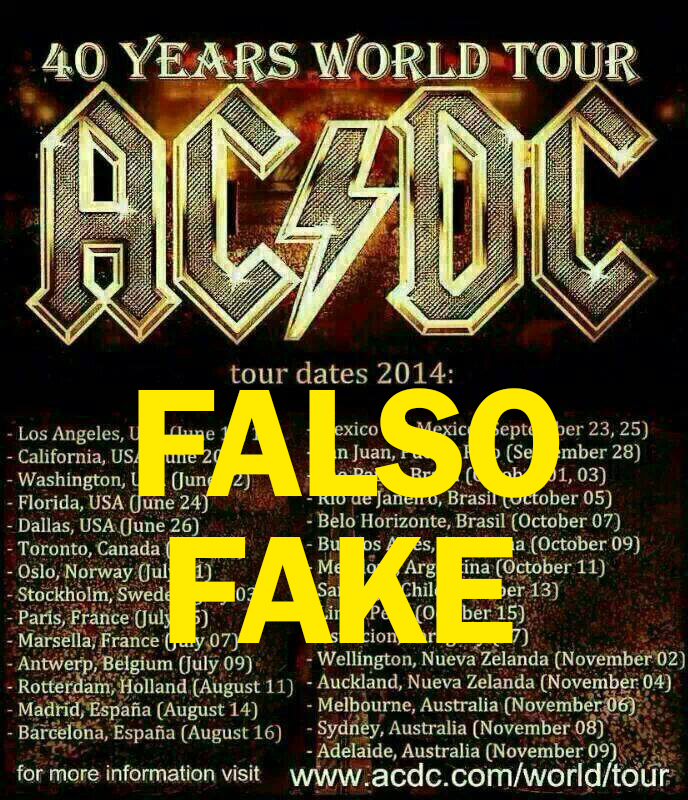 After many publications from different South American media about a possible tour of AC/DC in 2014, Rockenpy contacted Mr. Chris Dalston, who is the agent in charge of the band through the company called CAA (Creative Artist Agency), which is one of the biggest companies in the world and that represents AC/DC as well as Eric Clapton, Green Day, Maroon 5, among others. The aforementioned was inquired about the following:

Dear Mr. Chris
I am writing this mail acting as the representative from www.rockenpy.com, which is a webzine that is the leader in news related to rock and metal in Paraguay in order to inquire about the rumors that have been published about a possible tour for AC/DC in October, 2014, which may include Asunción as part of the aforementioned tour on October 17th. Attached is the image being shared on social networks are we assume it is false.

I would also like to take this opportunity to request a possible interview whether with you or with the artists through mail about the issue that I mentioned in the previous paragraph as well as other questions that fans from the band would love to find out about.

Thank you very much for your time and consideration

Looking forward to hearing from you soon

And the answer was almost immediate:

Thank you. I can assure you this is fake. There is no tour”. Happy new year.

The print may be seen below 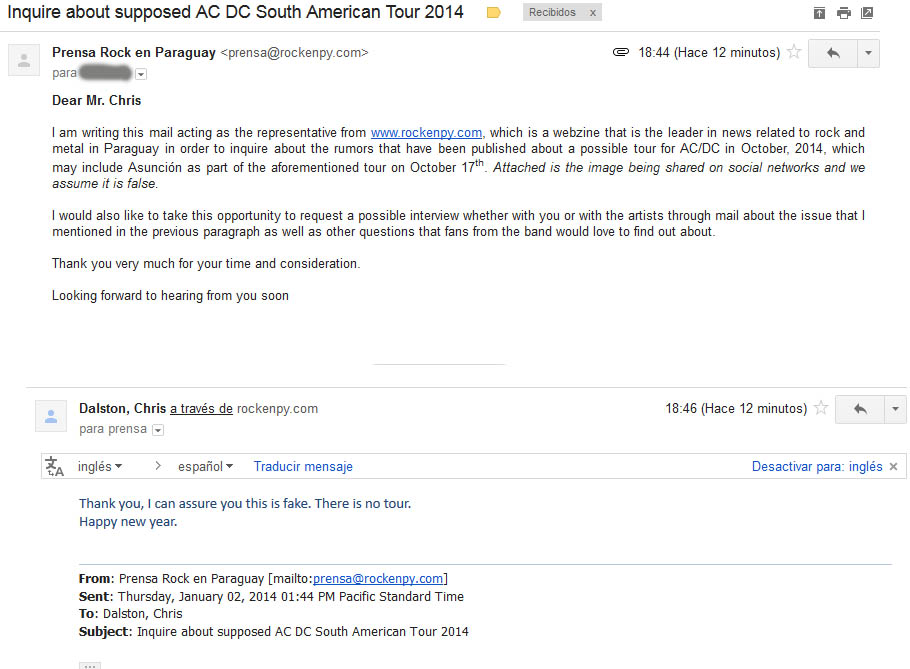 We would like to express our appreciation to Mr. Christos Karampimperis from Live Ace Group for providing us the contact with such an important referent in the music industry as Mr. Dalston is.